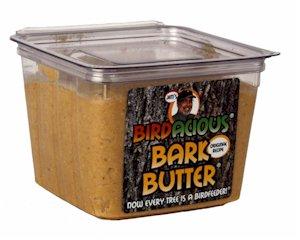 Bark Butter is a spreadable, peanut-flavored suet carefully formulated to attract the widest variety of birds with the most convenience and the least mess. While many of our common nut and seed-eating birds will love Bark Butter – birds like woodpeckers, chickadees, titmice, nuthatches, and jays – this food is also one of your best options for attracting something new to your feeders. We have had several customers report otherwise uncommon feeder visitors such as Townsend's and Yellow-rumped warblers, bushtits, and northern flickers on Bark Butter, as well as occasional reports of various highly unexpected birds.

Overall, Bark Butter has already attracted over 130 species of birds across North America, over 60 of which are found in the North Bay. More species are still being added – our customers have already added five to the countrywide list and we're not done yet. Check out our list of locally found birds that have been seen eating Bark Butter, and let us know if any more need to be added!

If you don't have a convenient local Wild Birds Unlimited store, you can also find Bark Butter in our online shop.

Another Way to Offer Bark Butter 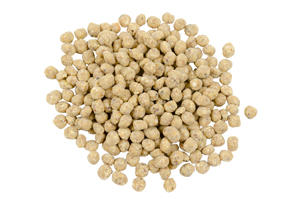 Bark Butter Bits feature the classic Bark Butter formula in small nuggets which can be offered in open tray feeders, small cup feeders, mesh peanut feeders, or mixed in with seed in typical seed feeders. You can also toss a few on the ground for ground-feeding birds. Bark Butter Bits are also available in a squirrel- and rodent-proof hot pepper version - see all your Bark Butter options in our online store.